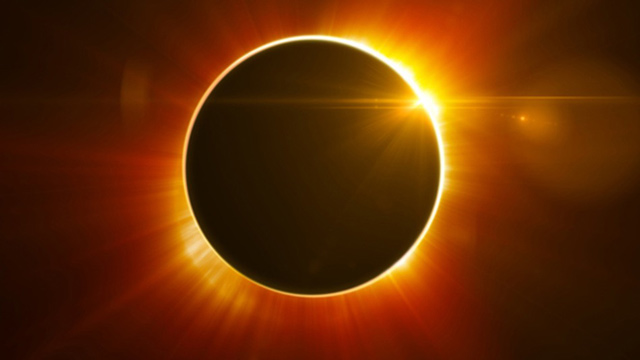 Protect Your Eyes During The Solar Eclipse

By Jana Maynard | Blog, Eye Care, Eye Facts, Latest Heritage News
Protect Your Eyes During This Rare Event
The buzz has begun. People are planning how they can best view the solar eclipse that will make its way across the United States on Aug. 21, 2017.
It’s a rare occasion. And it requires preparation so that you don’t damage your eyes while viewing the moon as it covers the sun.
But first, let’s talk about eclipse. During the Aug. 21 event, a partial eclipse can be seen anywhere in North America.
The total solar eclipse, where the moon fully covers the sun, will only be seen in a few states, starting in Oregon at 9:05 a.m. PDT (10:05 a.m. MDT). Over the next hour and a half, the total eclipse will then cross a 70-mile wide path through the states of Idaho, Wyoming, Nebraska, Kansas, Missouri, Illinois, Kentucky, Tennessee, Georgia and North and South Carolina.
Because of its rarity, some people are making plans to travel to these lucky states to see the total solar eclipse, when the moon completely obscures the sun for just a few short minutes – the only time when eye protection is not needed.
While we enjoy all the excitement surrounding this thrilling occurrence, it can’t be said enough: It is never safe to look directly at the sun.
Special eclipse glasses or an alternate indirect method must be used if you want to face the sun (except for that roughly 2-minute period when the moon completely obscures the sun in those select states). Homemade filters and dark sunglasses do not qualify.
To protect your eyes, governmental agencies, including NASA, suggest using eclipse viewing glasses and/or handheld solar viewers that have:
* Certification information with a designated ISO 12312-2 international standard, and
* The manufacturer’s name and address printed somewhere on the product.
They also warn not to use protective devices if they are older than three years, or have scratched or wrinkled lenses.
According to the American Astronomical Society, the following companies have been verified as making eclipse glasses and handheld solar viewers that meet the required ISO 12312-2 international standard: American Paper Optics, Baader Planetarium (AstroSolar Silver/Gold film only), Rainbow Symphony, Thousand Oaks Optical and TSE 17.
To be safe, search any of the above manufacturers to purchase your qualified glasses or viewers now so that you have them in plenty of time.
You don’t want to miss the excitement. According to the University of Colorado’s Fiske Planetarium, the next solar eclipse to occur in the country will be in April 2024, but it will only cross the Eastern United States. There will be another eclipse in August 2045, which will pass directly over our home state of Colorado.