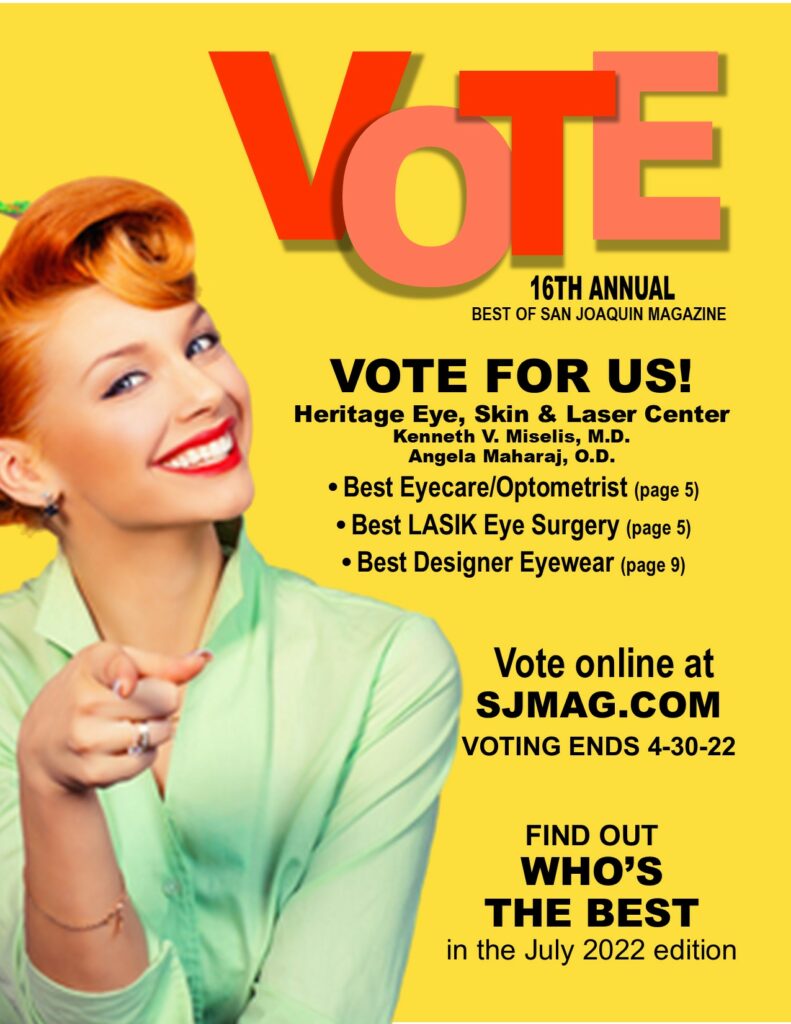 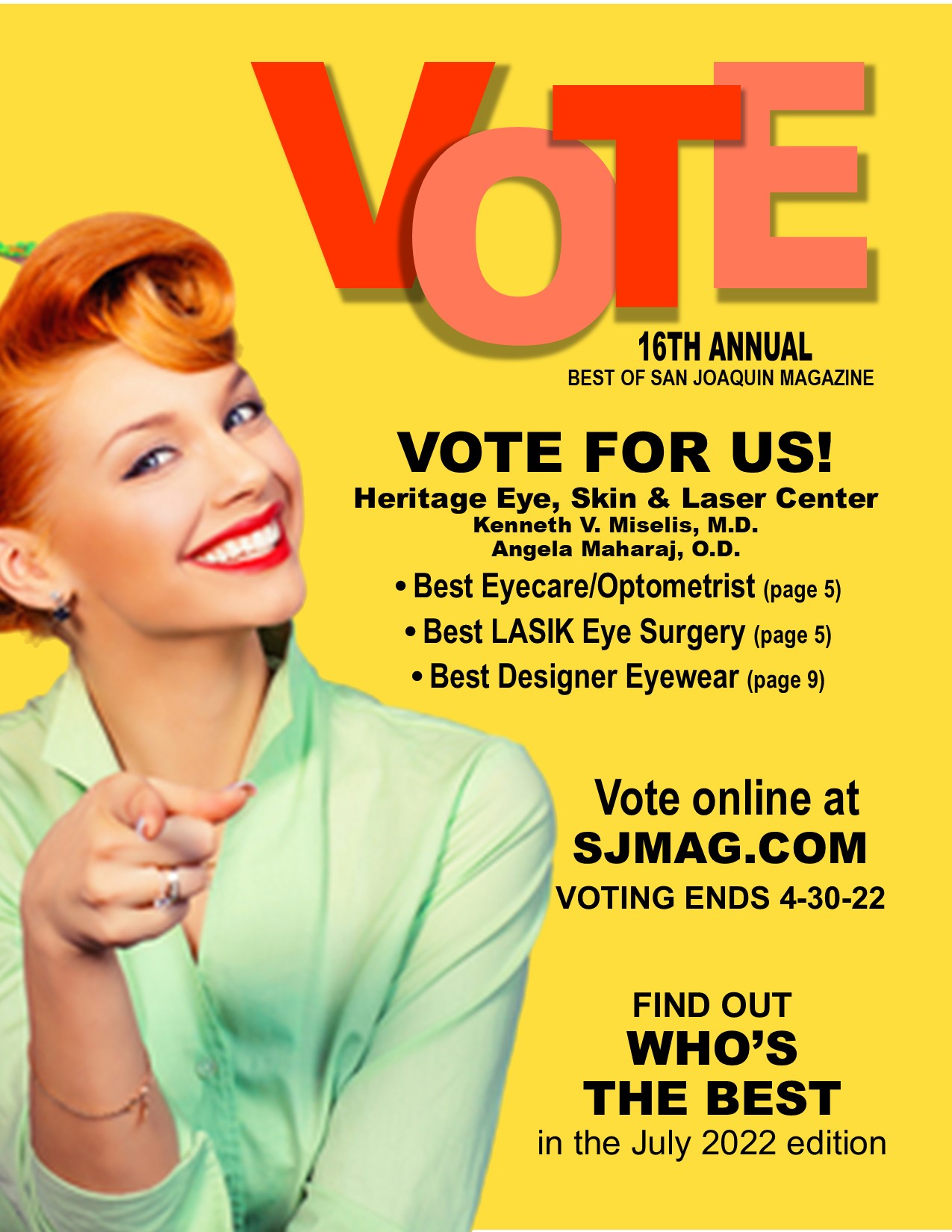 Using a Home Vision Test to Order Glasses Online…..Is It A Good Idea?

Ordering glasses and contacts online is a tempting option. But how reliable are home vision tests, and should you use them to order new lenses?

“The public should understand that that these online tests can measure the power of your eyeglass prescription, but they can’t detect eye diseases that often have hidden symptoms,” said Michael X. Repka, MD, medical director of government affairs for the American Academy of Ophthalmology.

“While online tests for glasses prescription may be okay for adults 18-39 years of age with healthy eyes, they are not appropriate for those with an eye condition or risk factors for eye disease – such as having diabetes or a family history of glaucoma – or for those who have not had a recent eye examination.”

Do-it-yourself vision exams are easy to find online. Verana Health offers a free app that allows patients to measure their vision using their smartphone and monitor changes in their sight over time. EyeQue’s Personal Vision Tester pairs your smartphone with a handheld miniscope to generate a personalized eyeglass prescription. And various other websites offer vision tests using a mobile device.

Some of these services ask you to stand about 10 feet away from your device in a well-lit area and speak the letters aloud as you look at an eye chart. Others, like EyeQue’s test, use a handheld device to check vision. The results are then reviewed by an ophthalmologist or optometrist, who issues a prescription that you can use to buy glasses online.

Experts strongly caution against using home eye exams to order contact lenses. Contacts should be fitted by an ophthalmologist or optometrist, who are trained to check for a good fit. Improperly fitting contact lenses can cause a range of complications, from redness and irritation to potentially blinding conditions such as a corneal infection.

While mobile apps and other technologies are constantly improving, a home vision test won’t be as accurate or reliable as a test done by your optometrist or ophthalmologist.

A home vision test also won’t detect serious eye problems or underlying health conditions. Adults ages 18-39 years still need to have comprehensive eye exams every five to 10 years, even if they have no eye symptoms or risk factors for eye disease. These exams can detect common eye diseases as well as hidden conditions that may lead to blindness if not properly treated.

Whether you should rely on a home vision test depends on your age, medical history and other factors.

Online vision testing should be limited to healthy adults (ages 18-39 years) who have a mild or moderate eyeglass prescription and no symptoms of eye disease.

It’s important to keep the following points in mind:

Even if you’re perfectly healthy, the best way to protect your vision is by having in-person comprehensive eye exams every year. 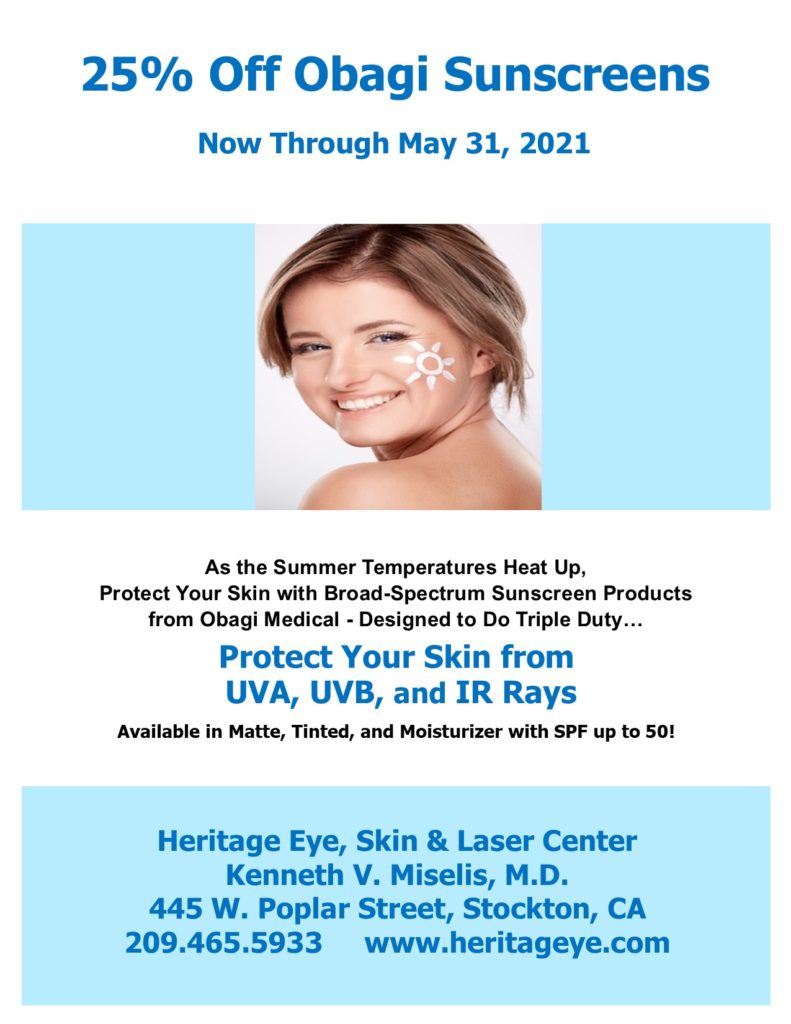 Get Ready For Summer! 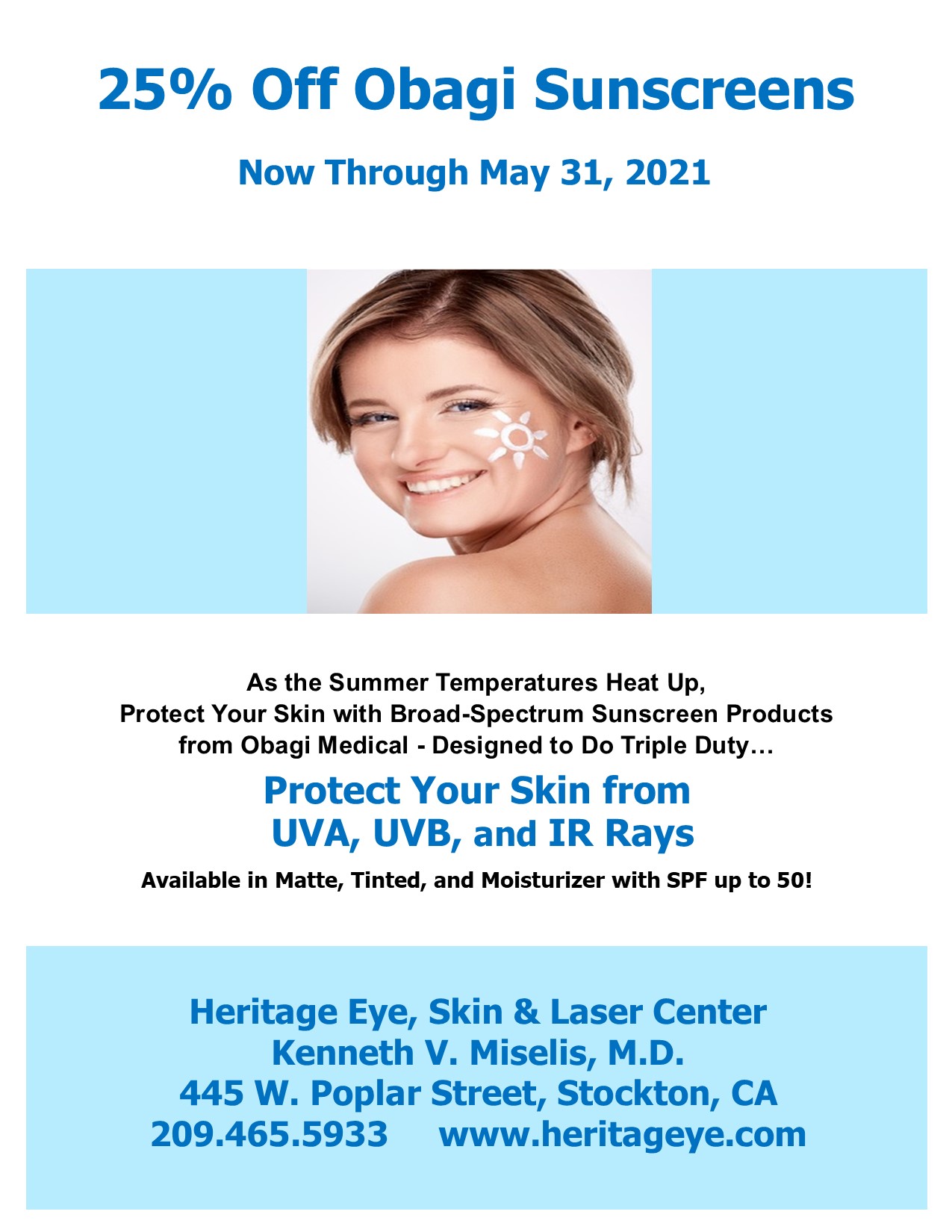 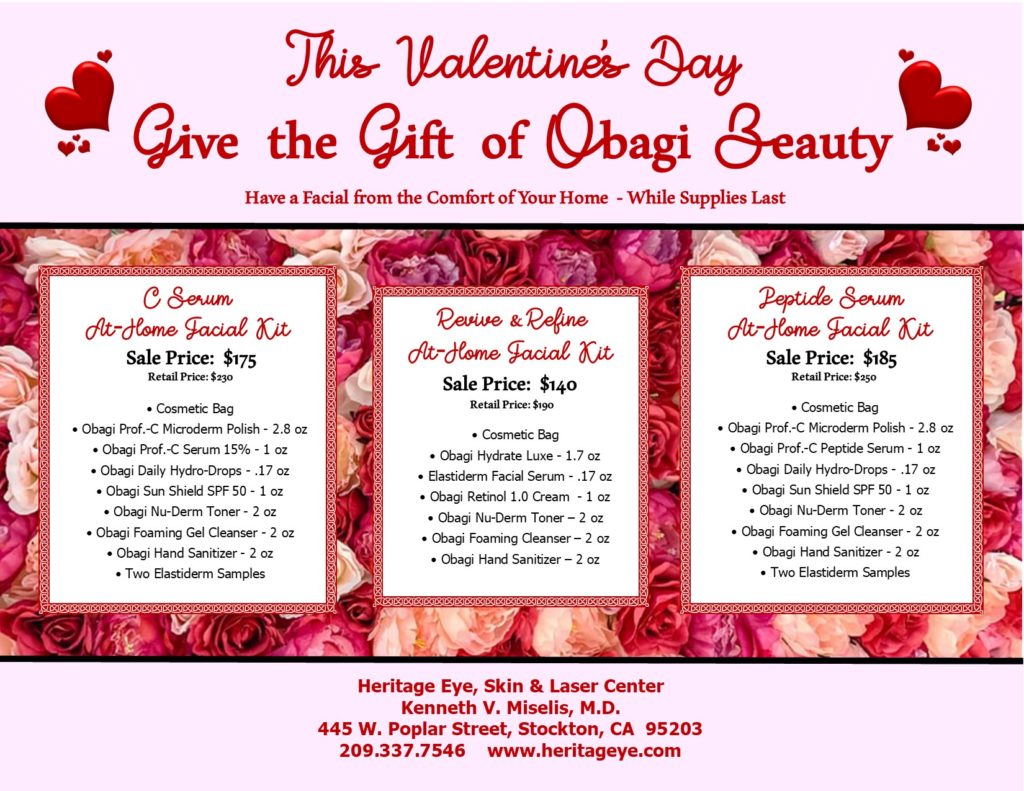 Treat Yourself or Someone You Love! 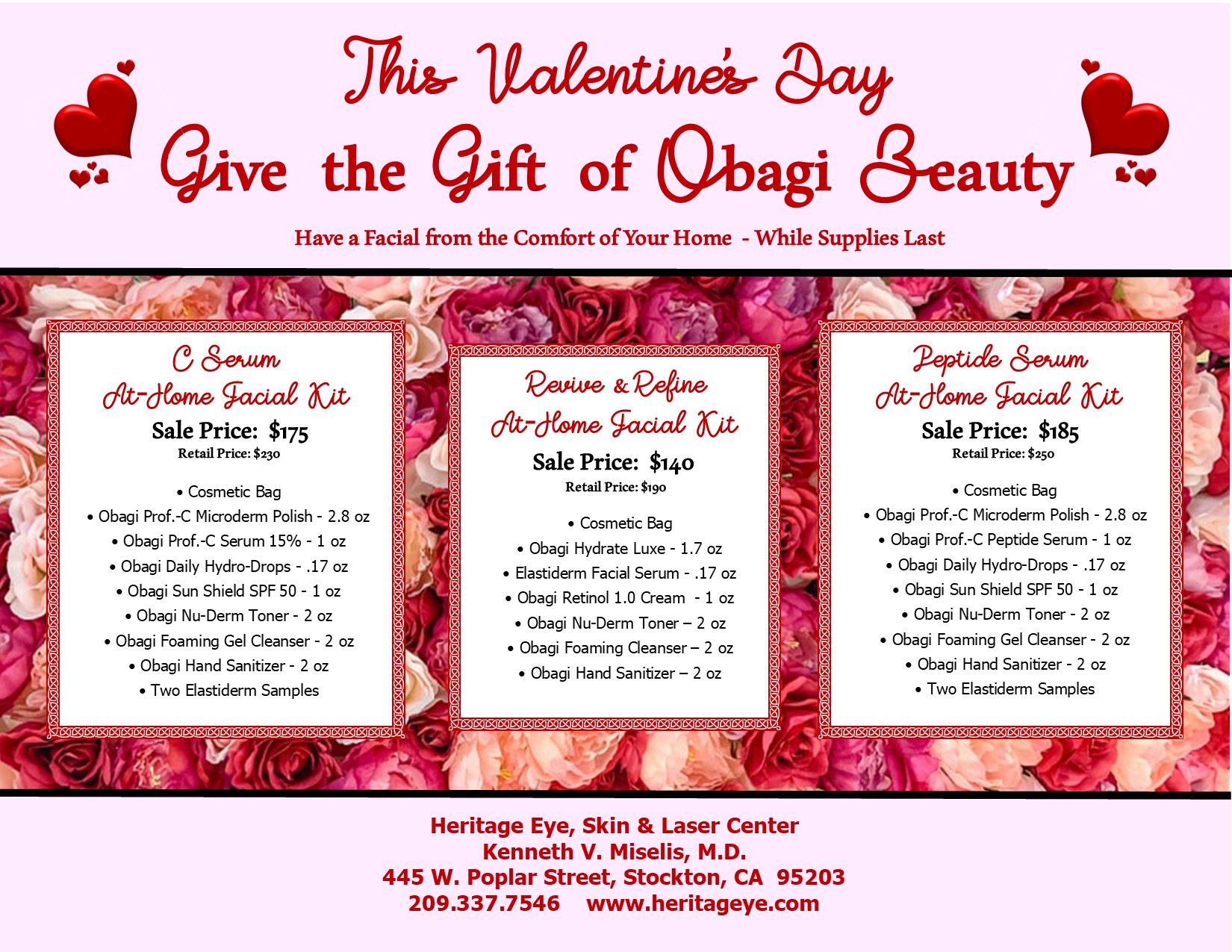 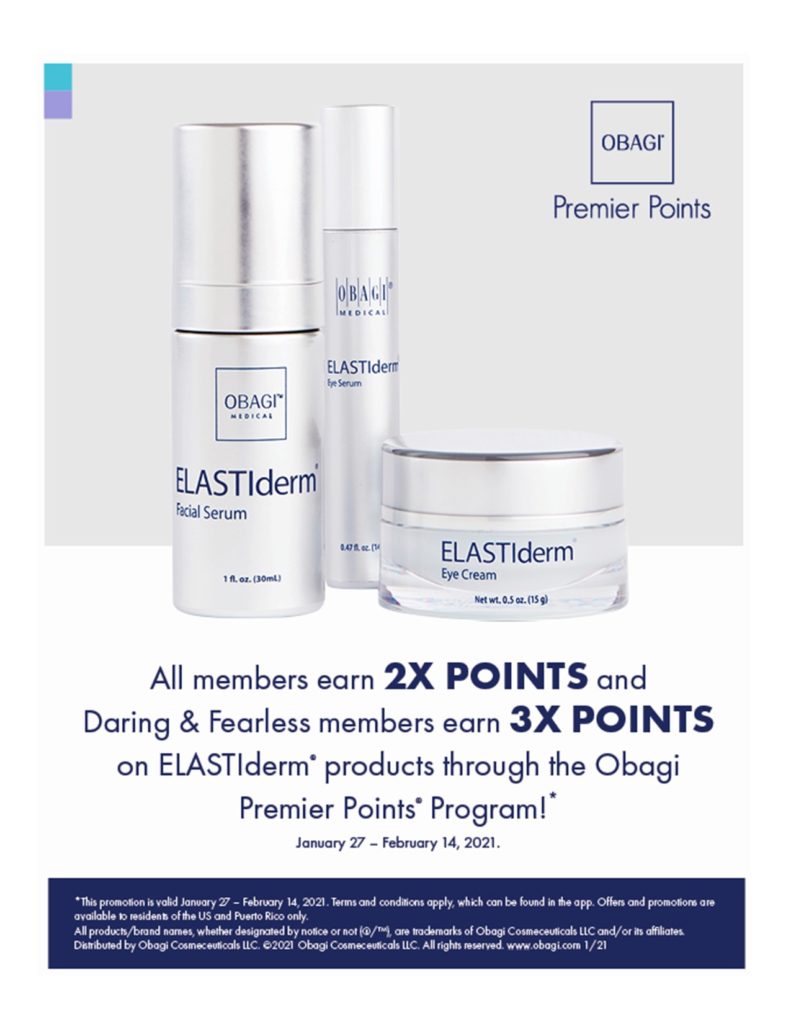 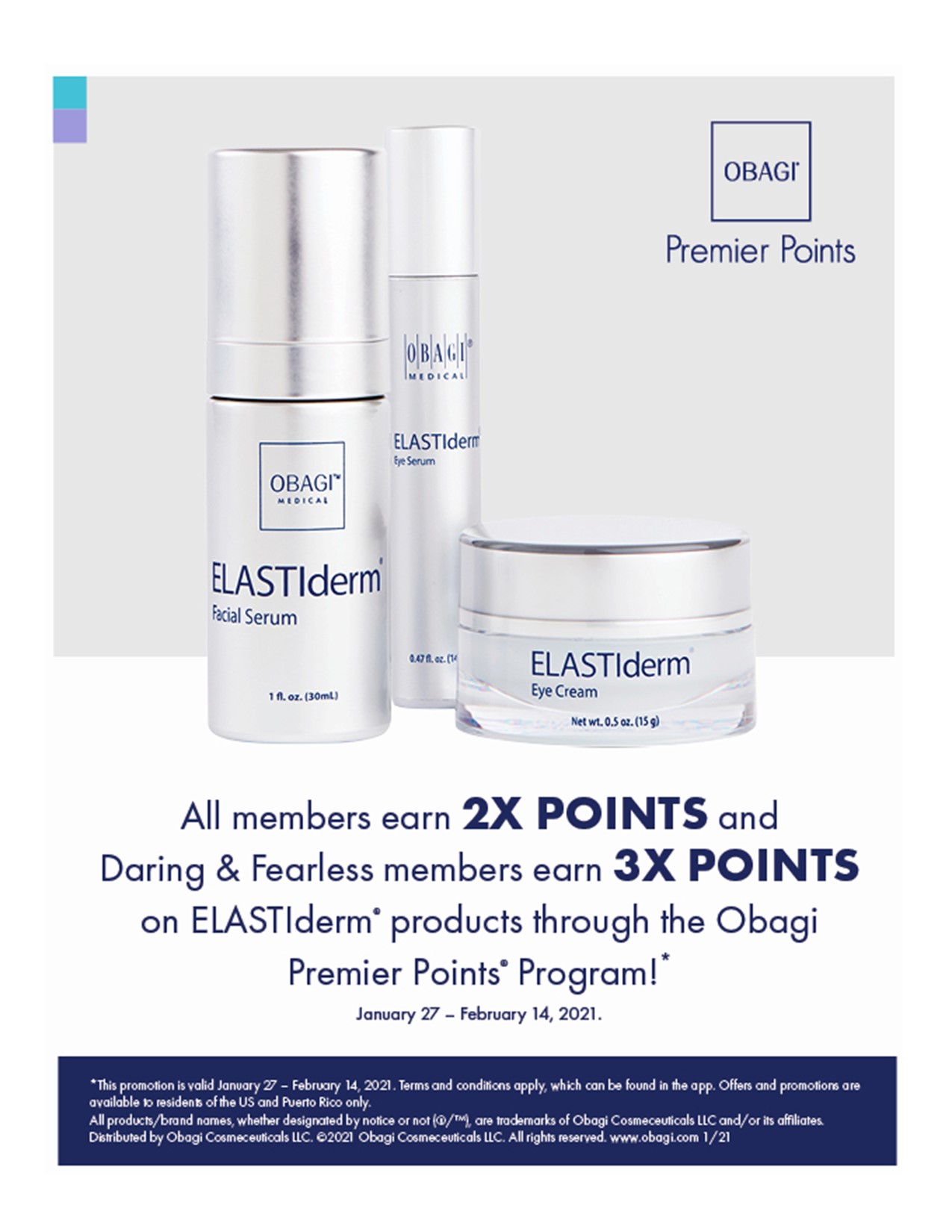 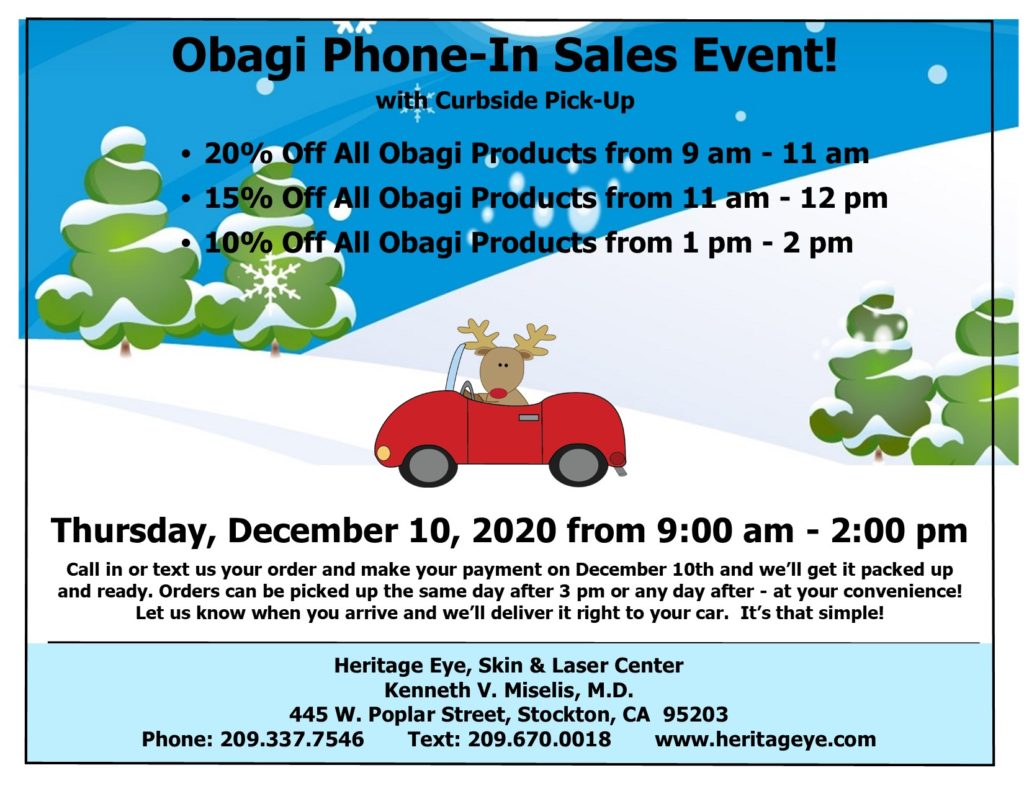 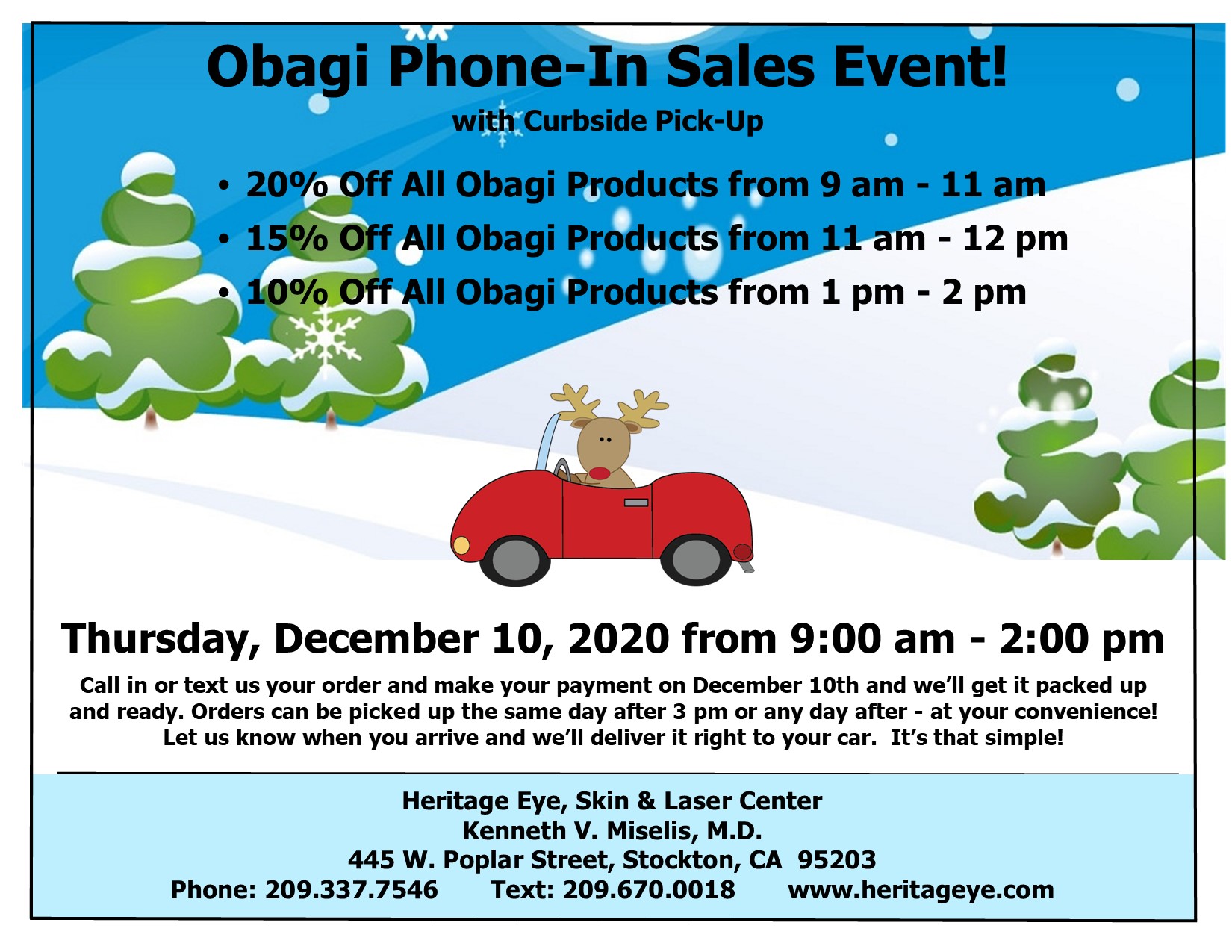 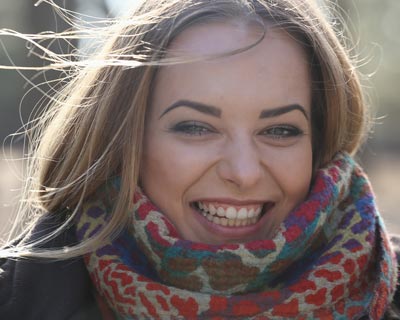 4 Ways to Keep Your Eyes Healthy This Fall

4 Ways to Keep Your Eyes Healthy This Fall

For many people, autumn is a time for enjoying the outdoors. Camping under crisp, starry skies; picking apples; sitting around a bonfire—these activities and more are some of the hallmarks of the fall season.

Here are 4 ways to make sure your eyes stay healthy this fall, and throughout the rest of the year.

Protect those peepers when raking leaves. 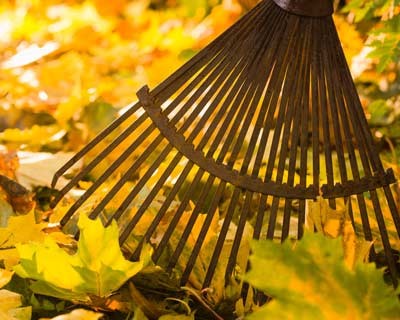 Raking or blowing leaves can send pieces of plant material into your eyes. That could lead to an eye infection called fungal keratitis. As with any yard work, be sure to wear protective glasses or goggles to keep your eyes safe. Also, if you wear contact lenses, disinfect them right afterwards.

Avoid the horrors of non-prescription costume contact lenses this Halloween. 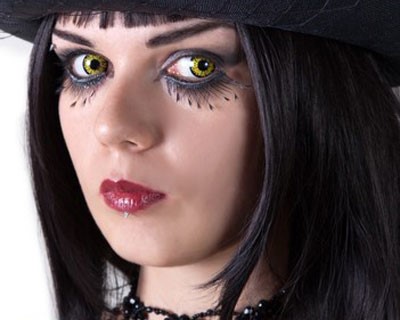 Decorative contact lenses can really enhance a Halloween costume. However, wearing costume lenses not prescribed by an eye doctor who has examined your eyes can lead to frightful consequences. Besides being illegal, non-prescription contact lenses may be ill-fitting and non-sterile, causing painful, sometimes blinding eye infections. Be sure to have an eye exam and get properly fitted for the colored contacts you want.

With fall breezes may come burning, stinging and watery eyes. Dry, cold air is the culprit, often causing dry eyes. Keep your eyes moist with artificial tears. And try to avoid overly-warm rooms, wind or hair dryers—things that dry out your eyes even more. 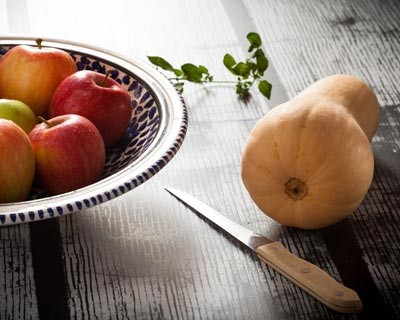 Autumn’s bounty is a feast for healthy eyes. Full of antioxidants like vitamin C, vitamin A and other nutrients, enjoy the season’s fruits and vegetables, such as: 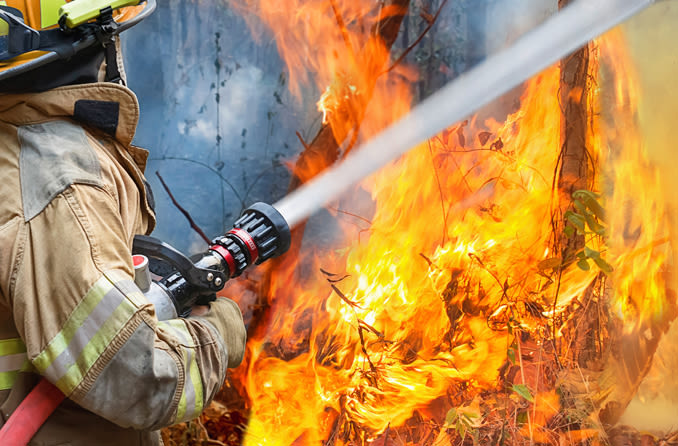 How smoke from wildfires affects your vision

From her home, Heather Burgett sees the smoky haze from wildfires ravaging the Los Angeles area. She feels the impact of that wildfire smoke, too.

Burgett’s throat is scratchy, prompting her to stock up on cough drops. She also is experiencing exhaustion, a possible byproduct of her body ridding itself of airborne toxins. And she is coping with watery, itchy eyes.

“I wear contacts, so I’ve been only able to wear them for a short time, and then I have to switch to glasses,” says Burgett, a public relations professional who lives in Santa Monica.

“It’s nothing all that dramatic compared to all the people that have lost homes, but living in this toxic air does have its effects,” she adds.

During the 2019 wildfire season, Burgett and thousands of her Southern California neighbors have struggled with vision problems as a result of the smoky, toxic air. In particular, wildfires generate carbon and dust particles that irritate your eyes, according to the American Academy of Ophthalmology (AAO). 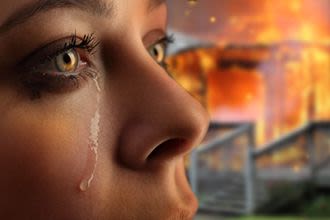 “Even a healthy person’s eyes can be bothered by prolonged exposure to smoke,” says Dr. Robert Weinreb, chairman and distinguished professor of ophthalmology at the University of California, San Diego.

Fortunately, wildfire smoke should not lead to major, persistent vision loss, according to Dr. Gerami Seitman, an ophthalmologist at UCSF Medical Center in San Francisco.

How to protect your eyes from smoke

Seitman and Dr. Matilda Chan, a fellow ophthalmologist at UCSF Medical Center, and Dr. Vivian Shibayama, an optometrist at UCLA’s Jules Stein Eye Institute in Los Angeles, share their advice for preventing and treating eye irritation caused by wildfire smoke. Their tips include:

Smoke’s effects can linger after fires are out

Don’t overlook the fact that even when the smoke has cleared, barely visible ash and dust can remain in the air for up to two weeks after a wildfire has been extinguished, according to the AAO.

Also, keep in mind that eye irritation is a comparatively minor inconvenience when you consider the devastation of wildfires. 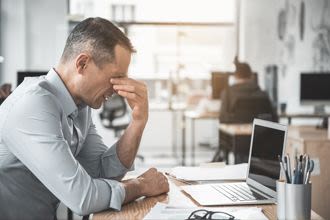 As of early November, nearly 6,200 blazes had scorched close to 200,000 acres during California’s 2019 wildfire season, damaged or destroyed 725 structures, and killed three people.

By the way, wildfires aren’t confined to California. Wildfires occur across the U.S., meaning smoke from burning grass, trees and homes could pose a health – and vision – hazard wherever you live.